At the opening of the United Nations Oceans Conference in Lisbon on the 27th of June, United Nations Secretary General Antonio Guterres warned that the world is facing an ‘ocean emergency’.

Oceans, he stated, provide, energy, food, water, jobs and economic benefits for every country in the world, including landlocked countries. This relationship with the oceans is under threat through pollution, overfishing, and the effects of climate change. Guterres referred to a 2016 report by the MacArthur Foundation that, unless strong measures are taken on plastic waste, plastics will outweigh fish in the oceans by 2050. The conference, hosted by the governments of Portugal and Kenya, was organised in support of Sustainable Development Goal 14 on the conservation and sustainable use of oceans, seas and marine resources.

Speaking at an interactive dialogue on marine pollution, David Parker, Minister for Environment, Oceans and Fisheries of New Zealand, marine pollution has local, national, regional and global dimensions which need to be tackled together to address these issues.

Pollution, he said, does not respect territorial boundaries, and we all owe a duty of care to the effects on international waters. Strong domestic policies on SDG 14 action needed on regulatory mechanisms to reduce pollution can begin locally. For instance, New Zealand has started a phase out of the use of single use plastic products. However, cooperation is needed at the global level such as through the current discussions on a treaty to end plastic pollution , for which a deadline has been set for the end of 2024.

In a preparatory concept paper developed for the interactive dialogue, rivers are mentioned as a major pathway through which land-based nutrients such as phosphorus and nitrogen enter coastal waters. Together with the effects of climate change, the result has been the emergence of more than 500 ‘dead zones’: areas where there is too little oxygen to support marine organisms.

The United Nations has proclaimed a Decade of Ocean Science for Sustainable Development to support efforts to reverse the decline in ocean health and bring together stakeholders around a common framework and dedicated actions on science for the sustainable management of ocean resources.

New research indicates terrestrial parasites can adhere to microbeads and microfibers and travel long distances in the ocean. These can be toxic for marine life and humans.

Crashing ocean waves found to emit “forever chemicals” into the air. New evidence that sea spray aerosol can be an important source of PFAS in the atmosphere. 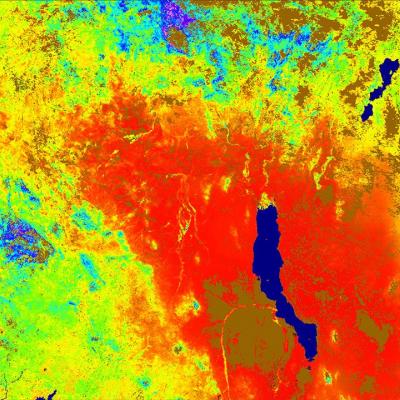