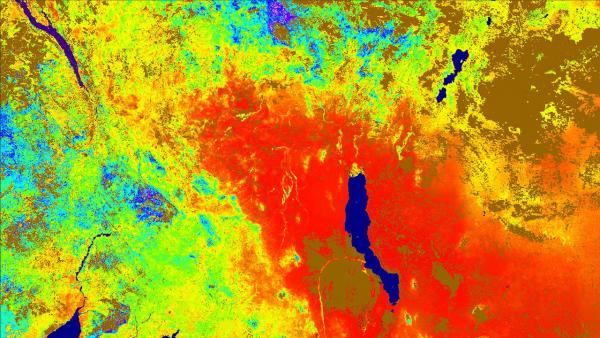 NASA scientists have recorded a 10 Percent increase in evapotranspiration - the rate at which moisture is released into the air from plants and land surface - between 2003-2019.

Findings from the gravity observations to track changes in the global water cycle reveal the rate of evapotranspiration to be up to two times higher than previous estimates, supporting the long-standing theory that the cycle is expected to “intensify” due to climate change.

The study, published recently in Nature, introduces a new method for monitoring changes to the global water cycle, using satellite data to measure the mass change of water from different oceans across the planet.

Until now, reliable measurements of the global rate of evapotranspiration have been elusive and based on traditional techniques involving a combination of models, remote sensing and in-situ observations. NASA believes this is ineffective for making global estimates. Researchers says that gravity satellite data delivers greater accuracy.

The observed trends provide a deeper understanding of the potential future implications of climate change worldwide: “Images of melting glaciers and shrinking ice sheets are a palpable way for us to understand the impacts of global warming,” said study leader Madeleine Pascolini-Campbell, a postdoctoral researcher at NASA’s Jet Propulsion Laboratory in Southern California. “But dramatic changes are also happening to other key components of our planet’s water cycle that aren’t so visible, such as when water evaporates from the land before it can enter the rivers as runoff.”

In response to the study, Dr Alexis Berg, a research associate at Harvard University, explained to Carbon Brief that the research fails to consider recent “global greening” trends which could prompt an increase in evapotranspiration rates without global warming.

Pascolini-Campbell, said: “We hope that this information about the water cycle will help to better inform the development and validation of climate models.”