Mass Loss Is Greater Than Gains Through Snowfall

New research from the University Leeds School of Geography indicates that melting ice from Himalayan glaciers will affect millions of people in Asia.

The paper, published in December, demonstrates that the regional glaciers are now melting ten times faster than they did in previous centuries several hundred years ago.

Scientists compared today’s glaciers to a period labelled “The Little Ice Age” (LIA) that occurred between 400- 700 years ago, when the world’s ice sheets expanded due to global cooling.

The team juxtaposed current glacier mass with the LIA to illustrate increasing levels of melting ice in the region, which the study says is attributable to human impact on global warming.

Dr Jonathan Carrivick, Deputy Head of the University of Leeds School of Geography and co-author of the report said: "Our findings clearly show that ice is now being lost from Himalayan glaciers at a rate that is at least ten times higher than the average rate over past centuries. This acceleration in the rate of loss has only emerged within the last few decades, and coincides with human-induced climate change."

Sometimes referred to as “the third pole” the Himalayan glaciers are the third largest in the world after Antarctica and the artic. The new study indicates that vast glacier melting will adversely affect the rivers they feed.

It is estimated that 1.65 billion people living in South Asia rivers depend on these rivers to maintain a stable water supply for food and energy.

The study said: “Meltwater released by Himalayan glaciers forms the headwaters of the major river systems in Asia, supporting food and energy production downstream, as well as maintaining a range of ecosystems and ecosystem services.

“Ongoing recession and thinning of Himalayan glaciers raises concerns about the sustainability of water supply in the region.”

Dr Carrivick added: “People of Asia use meltwater in the Ganges, Brahmaputra and Indus, amongst other major rivers, across society, for irrigation and hydropower.

“Accelerating ice loss means it is increasingly difficult to adapt as meltwater might increase with melt, but then subsequently decrease with continual loss of the glacier ‘reservoir’. Faster change is also likely to result in greater landscape instability, so risk of landslides, avalanches, and floods.”

The report also concluded that in the last four decades, Himalayan glaciers have lost between 390 km3 and 586 km3 of ice.  To put that into perspective this equates to total sum of all the ice in the central European Alps, the Caucasus, and Scandinavia combined.

Dr Simon Cook, Senior Lecturer in Geography and Environmental Science at the University of Dundee and co-author in the study added: “What is alarming is the rate at which this melt is now happening and that the glaciers are losing more mass than they are gaining through snowfall."

The recent study however also noted that other factors impact on glacier melting, including the amount of natural debris on the glaciers and if they terminate into lakes. Both occurrences have shown to have warming effects as debris absorbs more heat to melt glaciers faster and lakes affect the glaciers in a similar fashion. The report revealed that only 7.5% of all glaciers monitored had natural debris yet accounted for 46.5% of total volume loss.

Dr Carrivick said: "While we must act urgently to reduce and mitigate the impact of human-made climate change on the glaciers and meltwater-fed rivers, the modelling of that impact on glaciers must also take account of the role of factors such as lakes and debris." 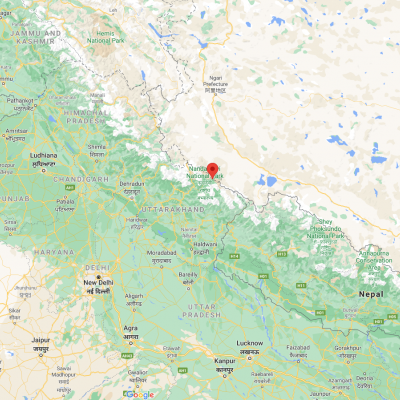 Another Glacier Break In India Kills 15, With 3 Still Missing

A second fatal glacier break in the Garhwal Himalayas in Uttarakhand state occurred 60 km from the site of Nanda Devi burst that killed 80 just 11 weeks ago.

Fallout from a devastating flash flood in Uttarakhand hit Delhi more than 500 kilometres downstream on Monday, when water supplies were cut to tens of thousands of residents. Autho...

26 have died and as many as 200 are missing after a glacier collapse in northern India on 8 February, causing deadly flooding in the state of Uttarakhand.On the morning of 7 Februa...