Climate Change And Conflict: 5 Million Without Access To Safe Water In Syria

Appeal to UN to end "weaponisation" of water

As Syria faces its worst drought in 70 years, the UN Office for the Coordination of Humanitarian Affairs (OCHA) has reported that low levels of rainfall in the North of Syria and disruptions to service has left an estimated five million people without access to safe water.

This crisis comes on the back of a decade-old conflict, an economic crisis and struggles to cope with the COVID-19 pandemic. Operational reduction, particularly at the Alouk station that serves an estimated 500,000 people, and a general lack of electricity has affected water services. Safe drinking water is scarce and OCHA has raised concerns about the increased prevalence of waterborne diseases and the reduction of capacity to cope with COVID-19 pandemic.

In addition, the poor rainfall could worsen already high food insecurity and exacerbate malnutrition rates in the region.

OCHA has said “The loss of crops and of agricultural livelihoods as a result of poor rainfall, drought like conditions and reduced availability of water for irrigation in the Euphrates, stands to significantly worsen already high food insecurity and malnutrition rates in the region.” The organization also estimates that women and girls are being disproportionately affected by the crisis.

While the UN and its partners have a plan to provide 3.4 million with reliable access to safe water and to tackle larger structural issues, only $51 Million USD of the estimated $251 Million USD requirement has been funded thus far.

The continuing drought also prompted dozens of civil society groups to appeal to the UN to put an end to "weaponisation" of water associated with the Turkish occupation.

In the face of this crisis, OCHA has said “The UN continues to emphasize that access to adequate quantities of water and associated services must not be compromised. There is a human right to water, and it must be respected to ensure the safety and well-being of civilians at risk.”

Syria: What 10 Years Of Conflict Means For Water, Sanitation

ICRC assesses impact of a decade of war on infrastructure, water availability and quality, and hampered relief efforts. 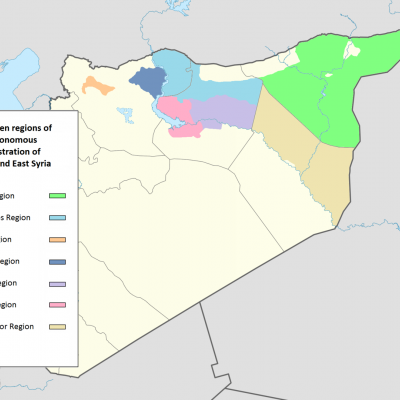 Claims and counterclaims persist amid ongoing water cutoffs in Syria's conflict-torn Hasakah region. Between half and million and one million people are without water as aid agenci...