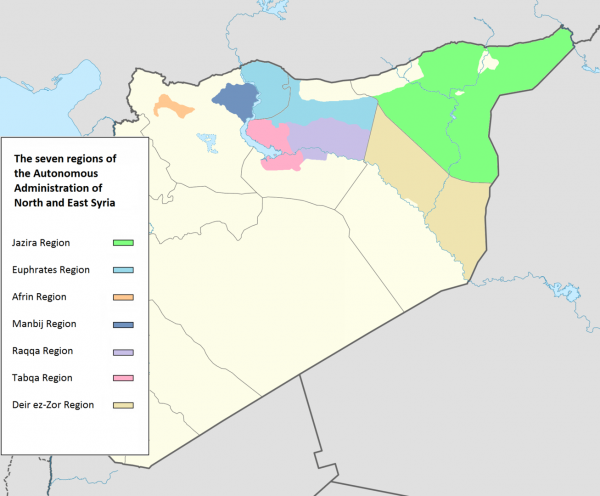 Warring factions in northeast Syria continue to blame each other for the ongoing crisis that has been causing crippling water shortages for more than one million people in the region.

Turkey accuses the Syrian Democratic Forces (SDF), the largely Kurdish military alliance that controls much of the region known as the Autonomous Administration of North and East Syria, of cutting electricity supply to areas controlled by Turkish-backed opposition forces, mainly in the areas north of Hasakah and Raqqa. The lack of electricity is knocking out critical pumping stations that supply water to those communities, which include several camps for people displaced by the war.

The SDF blames the power cuts on Turkey, which the SDF accuses of choking the flow of water in the Euphrates River needed to power turbines at hydroelectric dams. Turkey says the drop in water levels is due to drought and the decline of rainfall in southern Turkey, which caused Turkey to reduce Syria's share of Euphrates flow from 500 to 200 cubic metres per second. Turkey accuses the Autonomous Administration (also known as Rojava) of water mismanagement, claiming it let rainwater flow through the dams to generate electricity for sale, rather than storing it. Turkey also says that the SDF has reneged on an agreement to feed the affected areas with 30 megawatts of electricity from 6 a.m. to 10 p.m. daily.

Some commentators believe the SDF is trying to force Turkey to supply the region with water by being selective about those areas that receive the electricity necessary to power pumping stations.

Anas Shawakh, a researcher at the Jusoor Center for Studies in Istanbul told Al-Monitor: "The low water level of the Euphrates is not technically related to cutting off electricity to the opposition-controlled areas. According to our sources at the Autonomous Administration, most of the turbines in the dams are still working to generate electricity and supply a large part of the administration’s areas with electricity.”

Kurdish media is blaming Turkey for cutting off water to the Hasakah region from the Alouk pumping station, and claiming that this is resulting in widespread illness as residents turn to trucked water and contaminated wells.

The Syrian government, which has the backing of Russia, added its voice to the claims and counterclaims in late April when Syria's deputy minister of foreign affairs and expatriates, Dr. Bashar al-Jaafari, summoned representatives of the UN and ICRC operations in Syria to brief them on the matter and ask them "to move urgently...to stop this unjustified Turkish escalation towards the Syrian citizens in al-Hasakah governorate".

Under-secretary-general for humanitarian affairs and emergency relief coordinator Mark Lowcock briefed the UN Security Council on the matter on 28 April, saying: "The water supply has again been interrupted almost consistently for the past two weeks. That affects close to half a million people in Al-Hasakeh, including in al Hol camp. The UN has now recorded more than 20 of these interruptions over the last year."

"Humanitarian agencies are trucking more than 3,000 m3 of water every day to the area, but this is not enough to meet people’s essential needs, particularly as the area battles, like many other parts of Syria, with increasing numbers of COVID cases," added Lowcock. He went on to call for a solution to keep water flowing at Alouk, including "safe and regular access for technical teams to the station and to the electrical installations that it relies on".

In response to the Syrian accusations, the Turkish representative to the UN Security Council claimed that is was terrorist organisation ISIL/Da'esh that was responsible for cutting electricity to the Alouk water station, leaving only 3 of its 12 pumps operational. The representative of Syria, Bassam Sabbagh, refuted the claim, saying: "You should be ashamed of yourself, sir."

Turkey itself faces substantial water shortages and has been heavily criticised for its management of the Euphrates by environmentalists and its neighbours downstream. The Euphrates rises in Turkey and flows through Syria and Iraq, where it joins the Tigris before emptying into the Persia Gulf. Heavy damming of the Euphrates by Turkey has had a severe impact on downstream ecosystems, and low flow levels have resulted in stagnation and contamination of pools and underground wells. 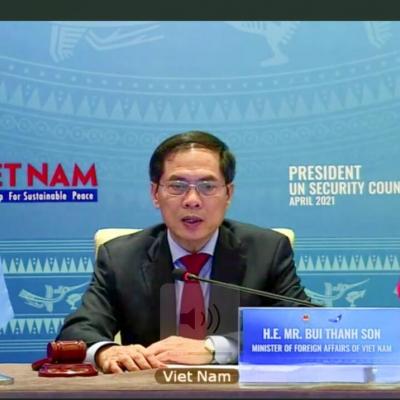