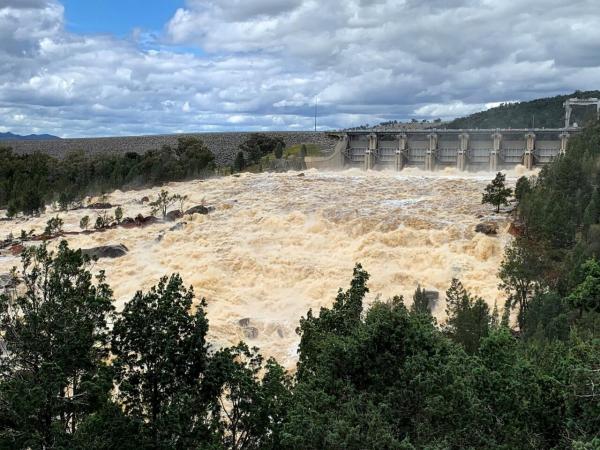 South-eastern Australia has continued to witness heavy rain and flooding during November, following heavy rains during the month of October, which were the heaviest on record in the Murray Darling Basin. Heavy rainfall and flooding had already taken place in Queensland and Coastal New South Wales from February to April. On November 17th, for the first time, emergency services in New South Wales has requested international assistance to cope with flooding, while Queensland has also been affected.

The Wyangala Dam exceeded its capacity on November the 15th, reaching a release of 230 Gigalitres per day. Emergency Services Minister Steph Cooke requested flood rescue support from New Zealand, and 70 local authorities declared a natural disaster. Although conditions had eased by the 18th of November, residents in Southeast Australia were urged to remain on alert.

The Australian flood insured losses over 2022 have reached AU $ 6 billion, and damage incurred over  October has been estimated at AU $ 791 million.

Despite the damage to property from the floods, the rainfall has restored water flows in the lower reaches of the Murray River and the Coorong lagoon system, which had been deprived of sufficient wate for decades following the millennium drought which lasted from 1996 to 2010. The current floods are helping to wash out salt built up during the drought and bring in nutrients as well as plants and invertebrate species, which will boost the growth of both fish and bird populations.