Pakistan Loss and Damage over US $ 30 billion, $ 16 billion reconstruction needs 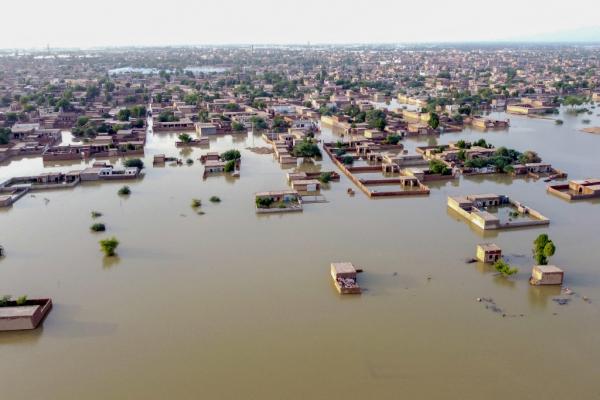 Pakistan’s Ministry of Planning, Development and Special Initiatives, together with the Asian Development Bank, the European Union, various UN agencies and with technical support from the World Bank, has calculated the loss and damage from the 2022 floods. One third of the country was inundated by the floods, and 33 million people have been affected, of which 8 million have been internally displaced. This was the result of torrential rains that started in June and continued through July, August and September, resulting in 94 districts, or more than half of all the districts in the country, being declared as ‘calamity hit’.

The floods have disproportionately affected poorer communities in the country: of the 25 poorest districts in the country, 19 were hit by this calamity. Pakistan is among the 10 countries in the world that is most highly vulnerable to climate change, and it has witnessed changing weather patterns including increasingly unpredictability of precipitation and temperatures. In the mountains, glacial melt has increased, and glacial lakes have produced flood outbursts flooded, while coastal areas experienced increased severity of tropical storms, rainfall, and sea water intrusion into coastal areas.

Sindh and Baluchistan provinces experienced six and seven times their average monthly rainfall respectively, which research has shown was made 75% more likely as a result of the 1,2 degree rise in average global temperatures: climate change, therefore, was a key factor in inducing the floods and the resultant loss and damage.

The issue of loss and damage resulting from climate change is likely to be a  high on the agenda op COP 27, the climate summit taking place in Sharm el Sheikh, Egypt.