Impressions from the stakeholder consultation on the 2023 UN Water Conference 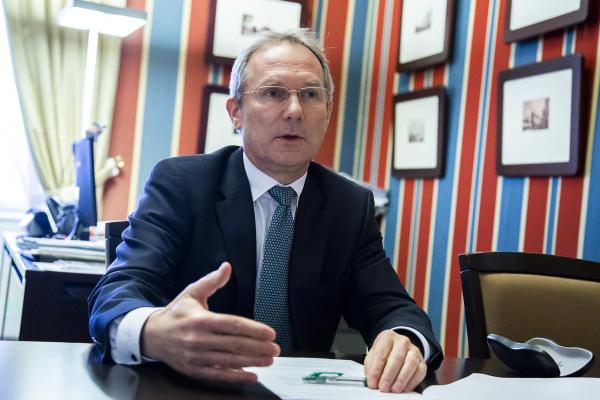 To help and to inform member states so that the deliberations in preparation of the UN water conference are supported by a wide stakeholder consultation. Primarily, the consultations aimed to ensure that the work of the scientific community and civil society is connected to the work of the General Assembly. The meeting was opened by Mr Li Junhua, the UN under Secretary General for Economic and Social Affairs, who pointed out that next year will mark the midpoint for the 2030 agenda for sustainable development, which has been negatively impacted by the consequences of the Covid 19 pandemic and the increasing dangers posed by climate change, biodiversity loss and pollution, and that without addressing these environmental problems there can be no durable social and economic development. A well-managed water cycle, he stated, lies at the nexus of these interrelated challenges. According to the 2022 SDG progress report issued by UNDESA in July, achieving the targets of SDG 6 would require a fourfold increase in current efforts. Therefore, the UN Water Conference is a much-needed solution to ramp up efforts towards the achievement of these goals.

In the context of online consultations held by UNDESA, stakeholders have called on the theme of water for health to take a more interdisciplinary approach and to forge partnerships with local communities. Stakeholders also called on the conference to consider innovative means of financing, including enabling conditions for public private partnerships to facilitate access to water and sanitation services for all. On the theme of water for development, stakeholder have proposed that consideration be given to given to legal mechanisms that give better protection to water related ecosystems and called on developed nations to strengthen their efforts to help less developed nations to achieve their water related goals.  On the theme of water for climate resilience and the environment, stakeholders recommended that more efforts be made to conduct research connected to water availability and changes in weather patterns, as well as educational campaigns on the connections between climate change and water. On water for cooperation, stakeholders have called for cross sectoral and multistakeholder dialogues and mobilisation at all levels including local and regional governments. On the theme of the water action decade, stakeholders called for increased involvement of youth, indigenous leaders and scientific communities.

Melissa Powell, chief of staff of the UN Global Compact, mentioned that the Compact was launched in the year 2000 as a pact between the UN and business leaders, and it is currently composed of more than 16,000 companies across 160 countries focusing on global sustainability issues. Water was recognised in 2007 as a critical sustainability topic, leading to the establishment of the CEO Water Mandate together with the Pacific Institute. Today the CEO water mandate has 220 companies with a market value of 3.5 trillion US dollars oriented towards more sustainable business practices. Water is essential to all business practices, and recent events such as the drought in Europe have highlighted the importance of water to global supply chains. Members of the CEO water mandate strive to have a net positive impact on water management through their activities: this requires investment in implementing best practices in water management internally with investments in the river basins in which they are operating. This includes the water resilience coalition which seeks to work together across businesses, with governments and civil society, to achieve change at scale.

Keziah Gerosano from the Unify movement, member of the water for climate coalition mentioned that she grew up in the Philippines which is yearly hit one average by 15 cyclones and who has witnessed how the water and climate havoc has affected her family and her country. Globally UNICEF estimates that by 2040, almost one in four children will reside in areas of extremely high water stress, while some 780 million people do not have access to potable water supplies. In March this year the Water and Climate Coalition called for urgent and united action towards climate related water disasters and increasing threats to global water availability to protect present and future generations. As the youth constituency of the water and climate coalition, unify was mandated to consolidate youth inputs in the form of the water and climate youth development plan and agenda (YDPA). The YDPA outlines five action points: one, institutionalise a Youth Secretariat to monitor the implementation of YDPA commitments, two, establish a water and climate youth fund, three, UN member states should integrate the YDPA into their national contexts.  Fourth, UN agencies are requested to allocate at least 15% of their annual budgets to water and climate related activities (SSPA’s). Fifth, conduct a biennial youth led conference to monitor the progress of the YDPA.

Lindsey Blodgétt, also speaking on behalf of the water for climate youth leadership, argued that the existing water stakeholder group are out of synchronisation, and there is a need to avoid duplication and activity in silo’s. She called of a harmonisation around ‘game changer ideas’.

Prof Petri Talas, speaking in his role as Executive Secretary of the World Meteorological Organisation, reminded participants that World Economic Forum analysis of economic threats listed climate action failure as the biggest risk in the period 2022-2032, followed by extreme weather events and biodiversity loss. World disaster trends over the last fifty years show that there has been a tenfold increase in natural disasters over the last fifty years, and that storms and flooding events dominate these. The recent IPCC sixth assessment report shows that more than half the planet has experienced heavy precipitation events and there has been an increase in agricultural droughts. The melting of glaciers has continued to accelerate, which decreases water security in areas dependent on flows of meltwater from high mountain ranges. All climate scenario’s show decline in soil moisture around the Mediterranean basin, the western coast of Latin America, Southern Africa, Southeast Asia and Australia. The damage from extreme weather events is very much dependent on the availability of accurate and timely early warning data, which is still not sufficiently available in large parts of Africa and Latin America. Currently, ten UN agencies have united behind the water for climate coalition which will work to improve water information systems, water and climate stocktaking, the financing of water information and strengthening regional and local cooperation on information sharing.