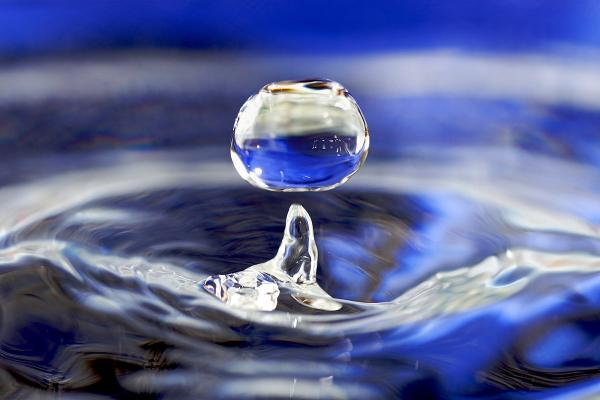 A new report presented at COP27’s water pavilion on the 9th of November sheds light on the fundamental role of water in climate mitigation.  The report , entitled “The essential drop to reach Net-Zero: Unpacking Freshwater's Role in Climate Change Mitigation,” argues that the role of water in climate mitigation is much greater than has previously been thought. Its point of departure is that climate mitigation efforts depend on water resources: for instance, most forms of energy production require substantial quantities of water, and in managing the energy transition to a low carbon future, the water dependence of the energy sector needs to be taken into account. Similarly, all nature-based solutions for mitigation depend strongly on water supply for their sustainability.

Secondly, the research argues that climate mitigation measures have an impact on water resources. For instance, the production of energy from biological sources (bioenergy) such as biofuels has a large water footprint, and these elements need to be considered in a broader analysis of the sustainability of mitigation efforts. Similarly, construction of dams for hydropower production may lead to increased methane emissions, and large-scale tree planting projects have an implicit impact on water consumption.

Thirdly, improved water and sanitation management reduces emissions: wastewater and fecal sludge, if untreated, can decompose and release large amounts of greenhouse gases, especially methane, into the atmosphere. Therefore, the authors argue, wastewater treatment and discharge for domestic and industrial sectors should be reported, as should emissions from untreated wastewater.

Fourth, water sustains nature-based solutions in their ability to absorb and store atmospheric carbon. Water is at the basis of all life, and therefore an intact water cycle is required to achieve full mitigation potential and to ensure long-term carbon storage.  But there are values of Nature Based Solutions (NBS) beyond carbon absorption: wetlands, for instance, serve as a store for water in high rainfall periods and release water in drier periods, acting as a buffer to the effects of climate change.

Fifth, water and climate are highly interrelated and joint water and climate governance is needed for effective mitigation.  Efforts are needed to establish water coordination mechanisms with other governance processes, in particular in relation to the role of water in Nationally Determined Contributions agreed in the context of the Paris Agreement.

The research for the report was coordinated by Dr Malin Lundberg from the Stockholm International Water Institute but it brought together inputs and expertise from the Potsdam Institute for Climate Impact Research (PIK), the Stockholm Resilience Centre (SRC), the Deutsche Gesellschaft für Internationale Zusammenarbeit (GIZ), and the United Nations Development Programme (UNDP).