US To Invest In Water Related Ecosystems

Projects In South And Southwest To Benefit

Most of the funds, $52.2 Million USD, are to be sourced from President Biden’s Bipartisan Infrastructure Law (BIL), a $1.2 Trillion USD public spending program designed to improve the country’s infrastructure and stimulate the economy.

In total, the investment will be channeled to 38 projects across the arid western states and which, according to the DOI’s press release, will aim “to advance quantifiable and sustained water savings by protecting watersheds impacted by wildland fire, restoring aquatic habitats and stream beds, and advancing other environmental restoration projects to mitigate drought-related impacts.”

These investments form part of a much larger investment package in the water sector: the BIL will invest a total of $8.3 Billion USD in water related projects as the country tackles drought across 40% of its territory. Over 16% of the US, mostly in the country’s West and Southwest, is currently going through extreme or exceptional drought.

There have been issues with the US’s aging water infrastructure, including water use inefficiency, leakages and contamination with hazardous substances such as lead. The new investments are expected to address these issues.

The BIL also includes a $50 Billion USD investment through the country’s Environment Protection Agency (EPA) to, according to the organisation, “strengthen the nation’s drinking water and wastewater systems—the single largest investment in water that the federal government has ever made.”

The EPA estimates that around 115,000 jobs will be created as a result of this investment.

Newly-inaugurated US President Joseph Biden has wasted little time in honouring his campaign promise to prioritise climate policy and undo a previous deregulation agenda, and scien... 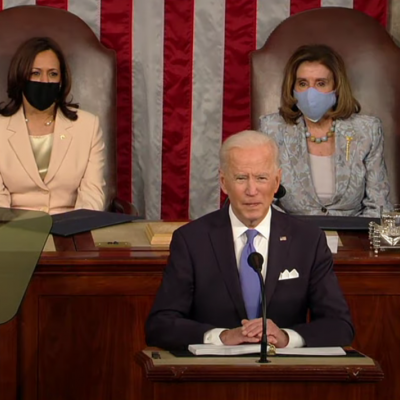 The first 100 days of an American presidency set the tone for an administration as well as its priorities. Joseph Biden has linked his climate agenda to job creation at home and to...