Adaptation Is The Lesson Emerging From Europe Floods 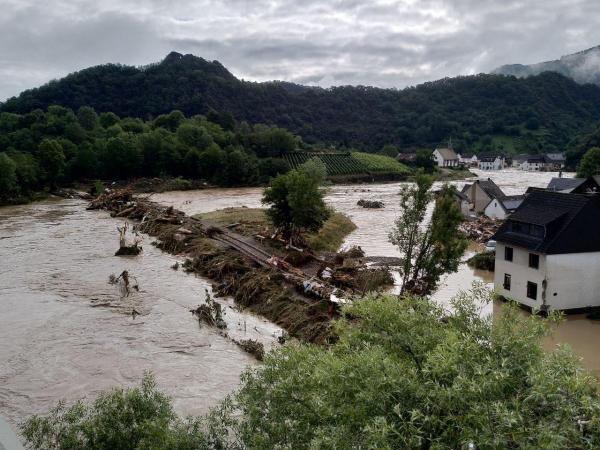 With water receding and the cleanup underway in those areas of Germany worst hit by the recent catastrophic floods which are known to have killed nearly 200 so far, local and national authorities are picking apart the systemic failures that left this wealthy nation so exposed to such tragedy.

Describing the events as "terrifying", German Chancellor Angela Merkel has said governments have to get better and faster at tackling the impact of climate change.

Since the floods, Merkel's expected successor in this year's German elections, Armin Laschet, has shifted his message on climate change, stating: "We will be faced with such events over and over, and that means we need to speed up climate protection measures ... because climate change isn't confined to one state."

Laschet is the First Minister of North Rhine-Westphalia, one of the states worst hit by the floods, and has been accused by some commentators as "opportunist" on climate change. Prior to the floods, he frequently went on record arguing for protection measures only where it did not represent a competitive disadvantage to German industry.

However, the immediate problem for the German authorities is to address the apparent holes in their flood communication systems.

Speaking on German television, the head of the Federal Agency for Civil Protection and Disaster Assistance (BBK) Armin Schuster, said that it would be unconscionable to pretend that the system had worked well. "It did not go well," he said.

The European Flood Awareness System issued multiple flood warnings throughout the region in the days leading up to the flooding in the Rhine and Maas river basins. However, response at a local level was either insufficient or non-existent. Reports indicate that many officials simply didn't believe the predictions.

The mayor of the town of Schuld in Germany's Rhineland-Palatinate, which was especially badly affected, maintains the flood was utterly unpredictable, with the town having only experienced two previous floods, one in 1790 and another in 1910. He also argues that flood defences would not have helped due to the sheer volumes of water involved.

Speaking to CNN, Jeff Da Costa, a researcher specialising in flood warning systems whose family in Luxembourg was directly affected by the floods said: "There was clearly a serious breakdown in communication, which in some cases has tragically cost people's lives," adding: "People, including my own family, were left to their own devices without any indication on what to do, and giving them no opportunity to prepare themselves."

The importance of effective flood defences and warning systems is demonstrated by the difference in outcomes between Germany and its neighbours in The Netherlands. Although the rainfall was not quite as severe there, this low-lying nation has a long history of flood management. The Dutch government says that 60% of the country is at risk of flooding and it has extensive physical infrastructure and communication systems to cope with this.

With other nations now forced to face up to such extreme weather events happening far more frequently, some are looking to The Netherlands' playbook for direction. The country has water boards, which are able to levy taxes independently, decoupling them from the national taxation system. These boards have been referred to as the "glue" that holds everything together.

Speaking to the New York Times, Nathalie Asselman, who advises the Dutch government on flood risk, described measures undertaken along the Meuse River following several major floods in the 1990s. Called "Room for the River", the program involved lowering and widening river beds, lowering flood plains and excavating side channels. "The aim of these measures is to lower flood levels," she said.

Whether such measures would have helped the small, seemingly inconsequential Ahr River, which was so massively overwhelmed in Schuld is unclear. However, flood researcher Da Costa argues: "If the mayor of Schuld and his town had a plan, clearly communicated to every household and business and institution, so that everyone knew what to do in the event of a range of different flooding scenarios, then at least they would be as well prepared as they could be."

When the River Seine that runs through Paris overflowed this month, officials at the Louvre Museum were relieved some of their most valuable items were safely stored in northern Fr... 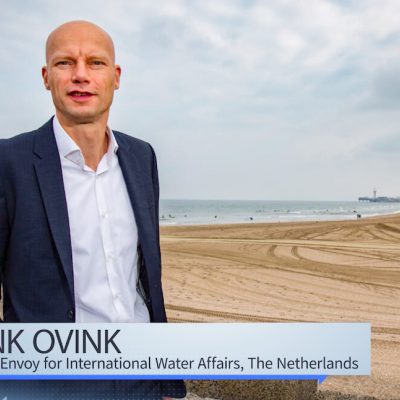 Interview: Water Is Lever For Shifting Gear On Climate Action

Henk Ovink, Special Envoy for International Water Affairs of the Netherlands talks to us about his work, the Netherlands' unique approach to valuing water and the need for global c...