Criticism Of "Import" Of International Expertise 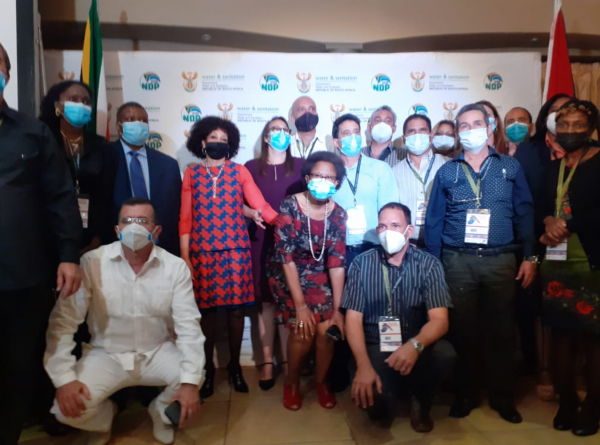 There is a national controversy over South Africa's 22 April "import" of 24 Cuban engineers to aid in resolution of the country's water infrastructure problems.

Human Settlement, Water and Sanitation Minister, Lindiwe Sisulu (pictured), said that the Cuban engineers will help to support the development of water and sanitation facilities across rural communities by transferring relevant skills and expertise that SA engineers are said to lack.

The move has, however, been met with criticism from opposition parties. ActionSA leader, Herman Mashaba, said that by importing foreign workers the government was being inconsiderate towards locally trained and unemployed South African engineers: “To import Cuban engineers who qualified from lower standard universities than our own world-class engineers is criminal".

Going on to compare the situation to the $27.6 Million USD that the South Africa government spent on importing Cuban doctors to support the fight against the Covid-19 pandemic, Mr Mashaba added: “How do Cuban engineers or doctors fit into the sliding scale of affirmative action? Like the import of Cuban doctors, the import of Cuban engineers is 100 Percent about the ANC scratching the back of a country that it has historical links with".

The Democratic Alliance claims that South Africa have been importing Cuban workers in several public sectors, including health, education and engineering for the past twenty years, with little evidence they have done anything significant that SA workers couldn't have done themselves.

In the face of criticism from opposition parties, information has been released revealing the impressive resume of one of the Cuban engineers. Ramón B Vega Laugart’s 40-year career in the trade supports Ms Sisulu’s claims that South Africa could benefit from the Cuban’s experience and advanced skillset.