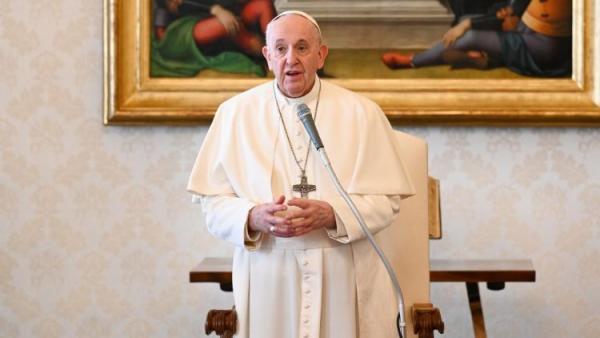 Speaking in a video message sent to a UN Food and Agriculture Organization (FAO) webinar to mark World Water Day, Pope Francis said: “Without water, there would have been no life, no urban centres, no agriculture, forestry or livestock.”

The details of his message, published by Vatican News, included a plea “to put an end once and for all to its waste, commodification and pollution”.

The pontiff reminded viewers that access to safe, drinkable water is a basic and universal human right. “Wasting it, disregarding it or contaminating it has been a mistake that continues to be repeated even today,” he said.

Invoking the theme of this year’s World Water Day, which was “Valuing Water”, Pope Francis called on people to change the language used in association with water: “Instead of speaking of its ‘consumption’, we should refer to its sensible ‘use’, according to our real needs and respecting those of others,” he said, stressing the need for solidarity and rationality in the use of water, enabling us “to share it with those who need it most,” adding that this will aid the protection of wetlands and improve resilience in rural areas and low-income communities, “which are the most vulnerable in water supply.”

He said that “valuing water” can also mean recognizing that food security and water quality are intimately linked, pointing out that water plays an essential role in all aspects of food systems.

He ended his message by referencing the words of St. Francis of Assisi, who described water as a sister “who is very humble, and precious and chaste.”

Glasgow To Welcome Pope For COP26?

Given that papal travel is starting again next week, might the Pope make a visit to Glasgow? Church sources have told The Tablet the idea is under consideration. It is noteworthy t...