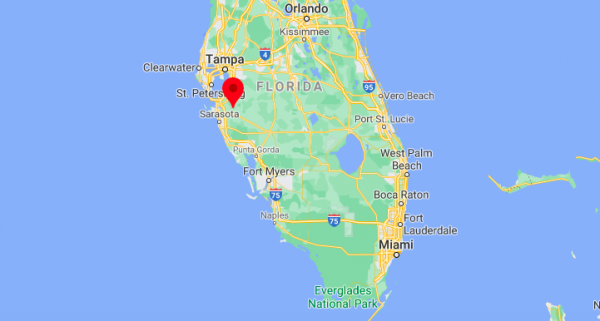 A state of emergency has been declared in parts of the US State of Florida as a major leak from a wastewater reservoir threatens residents.

Florida Commissioner of Agriculture Nikki Fried has urged an emergency session of the Florida Cabinet and has claimed that the water is "contaminated, radioactive wastewater". In a letter to state governor Ron DeSantis she noted that there have been “numerous, well-documented failures … including leaks, poor welds, holes, cracks and weaknesses that existed prior to purchase by the current owner, HRK Holdings, and exacerbated since",

De Santis ordered the state of emergency on 3 April in three west-central coast counties in the state in response to the continuation of the leak from a wastewater reservoir at Piney Point near Tampa. As a precaution, over 300 homes within a mile radius of the facility have been evacuated in case of an uncontrolled discharge. Highways in the area have also been closed to traffic.

The leak in a wall of the 1,800 million-litre reservoir was detected on 26 March and subsequent pumping operations have removed approximately 133 million litres per day. However continued observation revealed further lateral damage and caused the governor to warn on 4 March that there could be a “total breach” in a matter of minutes. It is estimated that a collapse of the wall could result in a 6 metre wall of water flooding the surrounding area.

The pumping operation from the reservoir into the sea at Tampa Bay has been bolstered and by 6 April is expected to have doubled in capacity.

The reservoir contains saltwater from a dredging project in Port Manatee and is mixed with process water and stormwater runoff.

It is not clear if the water has been treated but before release, it is tested. Test results are expected from 7 April.

"The water meets water quality standards for marine waters with the exception of pH, total phosphorus, total nitrogen and total ammonia nitrogen," the state said in a statement. "It is slightly acidic, but not at a level that is expected to be a concern, nor is it expected to be toxic."

Despite assurances from the state, the NGO Centre for Biological Diversity observed that "In addition to high concentrations of radioactive materials, phosphogypsum and processed wastewater can also contain carcinogens and heavy toxic metals. For every ton of phosphoric acid produced, the fertilizer industry creates 5 tons of radioactive phosphogypsum waste, which is stored in mountainous stacks hundreds of acres wide and hundreds of feet tall."

Authorities in Manatee County have said that local water is safe to drink and there is no threat to Lake Manatee, which is the primary source of local drinking water, and that well water has not been affected.

A 5 February computer hack atttempting to poison water systems of a Florida, US community was averted in real time. The city of Oldsmar's water supply to approximately 15,000 peopl...