150,000 People In Southern Malawi To Benefit 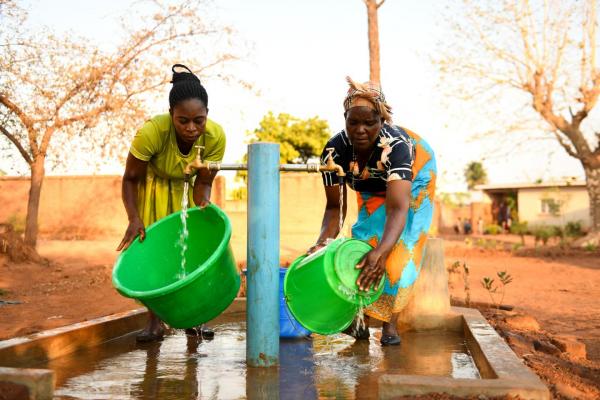 Malawi's Southern Region Water Board (SRWB) has secured a $35.7 Million USD loan from the European Investment Bank (EIB) to help upgrade inadequate water systems in the southern districts of Balaka and Machinga, according to local media reports. The soft loan has a repayment term of 20 years with a five-year grace period.

The SRWB says the projects to be financed by the loan will supply around 150,000 people with drinking water until 2050. Work is expected to commence in March 2022 for completion by August 2023.

Acting CEO of SRWB, Duncan Chambamba, is quoted in the Nyasa Times saying: "The situation has been so pathetic, especially in Liwonde, where residents almost held demonstrations against the board for its failure to supply water for both domestic and commercial customers," adding, "In most cases, residents experience dry taps for the better part of the day, despite our efforts to pump water into our reservoirs or tanks."

Chambamba explained that the projects will focus on increasing water pumping capacity in line with the ever-growing population in the two districts, which is expected to increase tenfold by 2050.

While the SRWB has not revealed the specific nature of the projects, Malawi's finance minister, Felix Mlusu, told Nyasa Times: "The loan is very crucial as it will allow the board to carry out these huge projects, which will enable people [to] access safe and potable water," adding that some of the funds will be used to establish a power plant that will allow the SRWB to diversify its operations and increase revenue.

The latest loan from the EIB follows one of €20.5 million to Malawi's Northern Regional Water Board (NRWB) in 2017.

According to NGO WaterAid, one in three Malawians (5.8 million) doesn't have access to clean water and more than 3,100 children die every year in Malawi as a result of dirty water and poor sanitation. One of the smallest and least developed African nations, Malawi has been prioritising clean water and sanitation for the last 20 years.