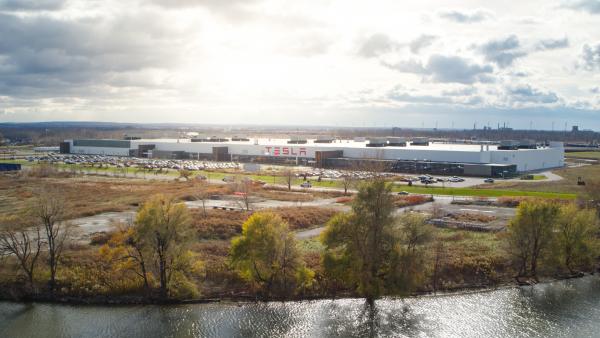 Electric vehicle manufacturer Tesla appears to have acquired a Canadian start-up that has developed a recirculation system for contaminated water in the production of cathodes for lithium-ion batteries, according to findings by industry publication Techcrunch.

Patent applications filed by Toronto-based start-up Springpower and subsequently bought by Tesla for only $3 USD in September 2020 detail a process, the key feature of which is a system for "recycling the bulk of the aqueous solution used for the wet chemical reaction back to the reactor, so that the total process has little or no effluent generated during production of the cathode precursor material".

The existing process for producing cathode active materials in lithium-ion batteries for electric vehicles and other consumer products results in large quantities of effluent contaminated with sodium sulphate, ammonia, ammonium, dissolved heavy metals and small particulates. The treatment of this effluent is costly and energy intensive. According to the patent application, Springpower has found a way round this problem.

At Tesla's Battery Day in September last year (2 weeks after Tesla bought the Springpower patents), the company's senior vice president of engineering Drew Baglino described a process similar to the one detailed in the patents that would cut operational costs by more than 75%. The same process could also be applied to recycling EV and grid-storage batteries, he said.

At the same event, Tesla's Elon Musk promised to cut the price of lithium-ion batteries in half, saying that some of the savings would come from reinventing the "insanely complicated" process involved in making their nickel metal cathodes.

In its patent application, Springpower claims that its invention "provides a process for making lithium mixed metal oxides, while having little or no effluent generation. That is, the present invention provides a system wherein essentially the entire liquid portion from the reaction is, or can be recycled completely to the reaction system, without any effluent treatment. Additionally, there is little or no need to evaporate water and/or decompose organic acids or nitrates, during a final high temperature treatment and/or in the calcination process".

Techcrunch and other industry outlets are speculating that Tesla acquired more than just the patents, as Springpower's public presence in Canada has all but vanished and several of its people seem now to be employed by Tesla - but nobody is confirming anything.

The water footprint of electric vehicles is the subject of some concern among environmentalists, and battery production is the main culprit. Water usage has been one of the many controversies surrounding Tesla's so-called "Gigafactory" outside Berlin, Germany.