Uncertainty Continues Over Timing and Format of COP26 In Scotland

In-Person Conference May Be Replaced With Hybrid Approach 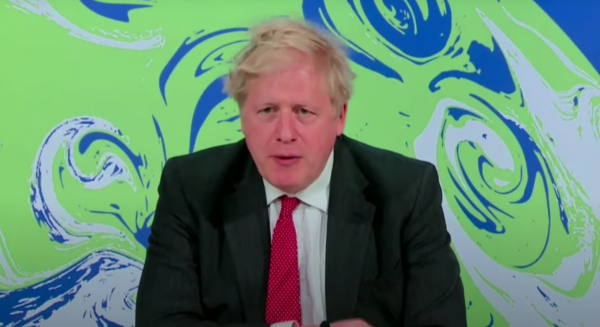 "We were the first country to pass legislation for net zero, we have the biggest offshore wind capacity of any country in the world ... we're half way to net zero, we have carbon emissions lower than at any point since the 19th century, we're ending support for fossil fuels overseas and doubling our international climate finance. We're legislating to delivery 78 Percent of the reductions needed to reach that goal by 2035. And, as host of COP26, we want to see similar ambitions around the world."

Against the backdrop of the COP26 swirling earth logo, UK prime minister Boris Johnson delivered this rallying call in his address to the Leaders Summit on Climate hosted virtually by US president Joe Biden on 22-23 April.

It came amid continued uncertainty on what form COP26 in Glasgow, Scotland, would ultimately take or indeed whether it would be postponed for a second time as countries around the world continue to struggle with the coronavirus pandemic.

Doubts began to emerge at the end of March, as organisers considered alternatives to a fully face-to-face event, which, in normal times, would be expected to attract around 30,000 international visitors to the city of Glasgow. Concerned by the risk of the COP turning into a coronavirus super-spreader event, the UN as well as the UK and Scottish governments are looking at partially virtual "hybrid" options rather than postponement.

However, climate activist Greta Thunberg has stated that she does not plan to attend in November and that the event should be postponed until vaccination has been rolled out further, enabling everyone to "take part on the same terms".

In a report released by the UK parliament's Foreign Affairs Committee, British MPs accused the government of not setting out enough detail on what it wants to achieve during COP26. Entitled "A climate for ambition: Diplomatic preparations for COP26", the report warned: "If COP26 fails it may become impossible to limit the average rise in temperatures to below 2°C, let alone to 1.5°C," continuing: "With only six months until the conference is due to take place, the Government have yet to outline any plans for what may happen if numbers of attendees are limited".

The committee was also critical of the UK government's decision to cut overseas aid from 0.7 to 0.5 percent of GDP. Expressing concerns that it damaged the UK's credibility as a leader in climate finance, the report read: "Contributors told us that these aid cuts may undermine the UK’s ability to ask other countries to step up, as well as damaging the trust that climate-vulnerable countries have in the UK’s COP26 Presidency".

Calling for a rethink of "the traditional diplomatic jamboree", committee chair Tom Tugendhat MP said: “The lessons of the pandemic offer a way of turning away from airmiles and onto airwaves, especially when discussing the climate emergency. Alongside the networked diplomacy this committee has called for in the past, Britain has a chance to embed partners into the hosting of regional events and connect them all through technology, making this a truly global, truly green event."

Speaking to the BBC about the idea of a hybrid COP, Helen Mountford from the World Resources Institute said: "There will be the key elements that have to be in-person and then a lot else that would be virtual, and I think there's that's probably the most likely scenario from my perspective."

However, there is also concern that such an approach would mean missed opportunities for deal-making.

"Can you cover all the ground that needs to be covered in a virtual meeting, given the fact that generally the process relies very heavily on bilateral meetings and backroom deals?" queries Yvo de Boer, who ran the UN talks at the Copenhagen summit in 2009. "My overall sense is that delay is better than messing it up, overplaying your hand and having a failed meeting".

Several other important meetings and summits are lined up between now and November that could have a major impact on what is ultimately achieved at COP26. In addition to Joe Biden's Leader Summit, there is also an "inter-sessional meeting" scheduled for June in Bonn, and the idea has even been floated of holding an additional in-person meeting prior to Glasgow, although no location has been mentioned publicly.

Nevertheless, the massive organisational logistics involved in COP26 mean that pressure is mounting for a definitive decision.

Meanwhile, the COP15 UN Convention on Biological Diversity in Kunming, China, which was rescheduled from 2020 to 11-24 October 2021, has already been planned as a mix of in-person and virtual meetings. 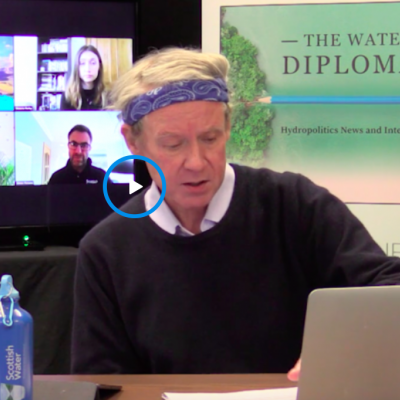 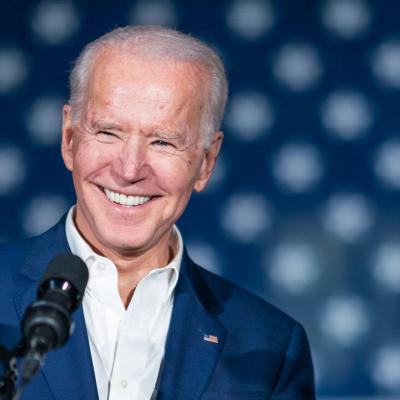 Investment in analysis and warning capacities, and a common position over climate change security challenges.