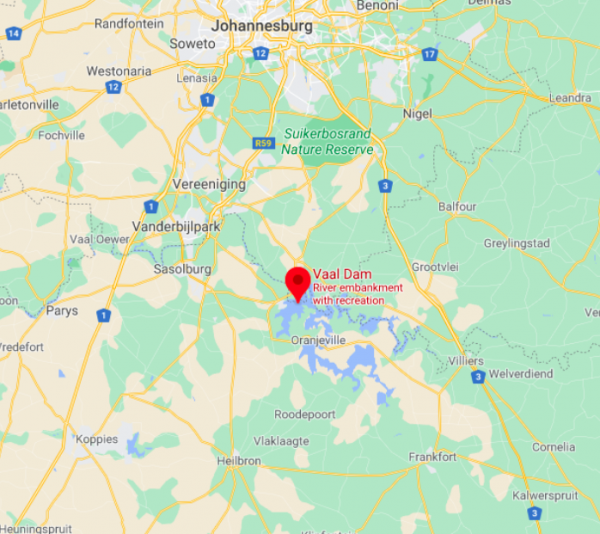 A scathing report by the South African Human Rights Commission (SAHRC) on extensive wastewater and sewage pollution of the Vaal River system over many years has identified multiple serious failures by the Emfuleni Municipality southwest of Johannesburg that violate human rights and have left a critical part of South Africa’s infrastructure polluted beyond acceptable standards, and possibly beyond repair.

Following an investigation sparked by local media reports of raw sewage flowing into the Vaal River, its tributaries and the reservoir behind the Vaal dam as well as into the properties and homes of local residents, the report paints a picture of a dilapidated wastewater system that was allowed to deteriorate over decades under mismanagement by inept municipal leadership.

It finds that the discharge “violated a number of constitutional rights which includes the rights to: human dignity, freedom and security of the person, an environment that is not harmful to health or well-being, not to be deprived of property, health care, food, water and social security, just administrative action and the rights of children to be protected from maltreatment and degradation.”

In setting out its recommendations, the report calls for urgent and comprehensive intervention by regional and national government to stop the ongoing problem, assess the needs for cleaning and rehabilitating the Vaal and investigate a long list of possible offences committed by the municipality’s public servants and administrators. It also wants “the Vaal River and the associated water infrastructure be declared as critical infrastructure” in order to prevent a repeat of the issues.

According to the February 2021 report, the municipality does not dispute its “responsibility or that it had not fulfilled the responsibility, and instead conceded that these failures were attributable to its failing wastewater infrastructure”.

The findings identify numerous attempts at intervention and assistance, including substantial financial support, by regional and national authorities, all of which were frustrated amid what the report terms “a lack of skills within the municipality to effectively manage the challenges” and its failure to “appoint skilled workers and/or develop capacity for employees to be able to provide the necessary services”.

As well as the ecological harm and human-rights violations detailed, the report also identifies economic damage to the area resulting from a decrease in tourist and recreational activities on the river.

The commission has given all parties 60 days to respond to its recommendations.